Aged 84, Chandro Tomar, known fondly as ‘Revolver Dadi’ or ‘Shooter Dadi’ is the world’s oldest sharpshooter, with more than 30 national shooting championships under her belt. Mother of six and grandmother of 15, she learned to shoot at the tender age of 65.

Based in a small village named Johri in the Bagpat district of the northern Indian state of Uttar Pradesh, Chandro Tomar is a perfect example of why it’s never too late to develop an interest and follow it with zeal and zest. 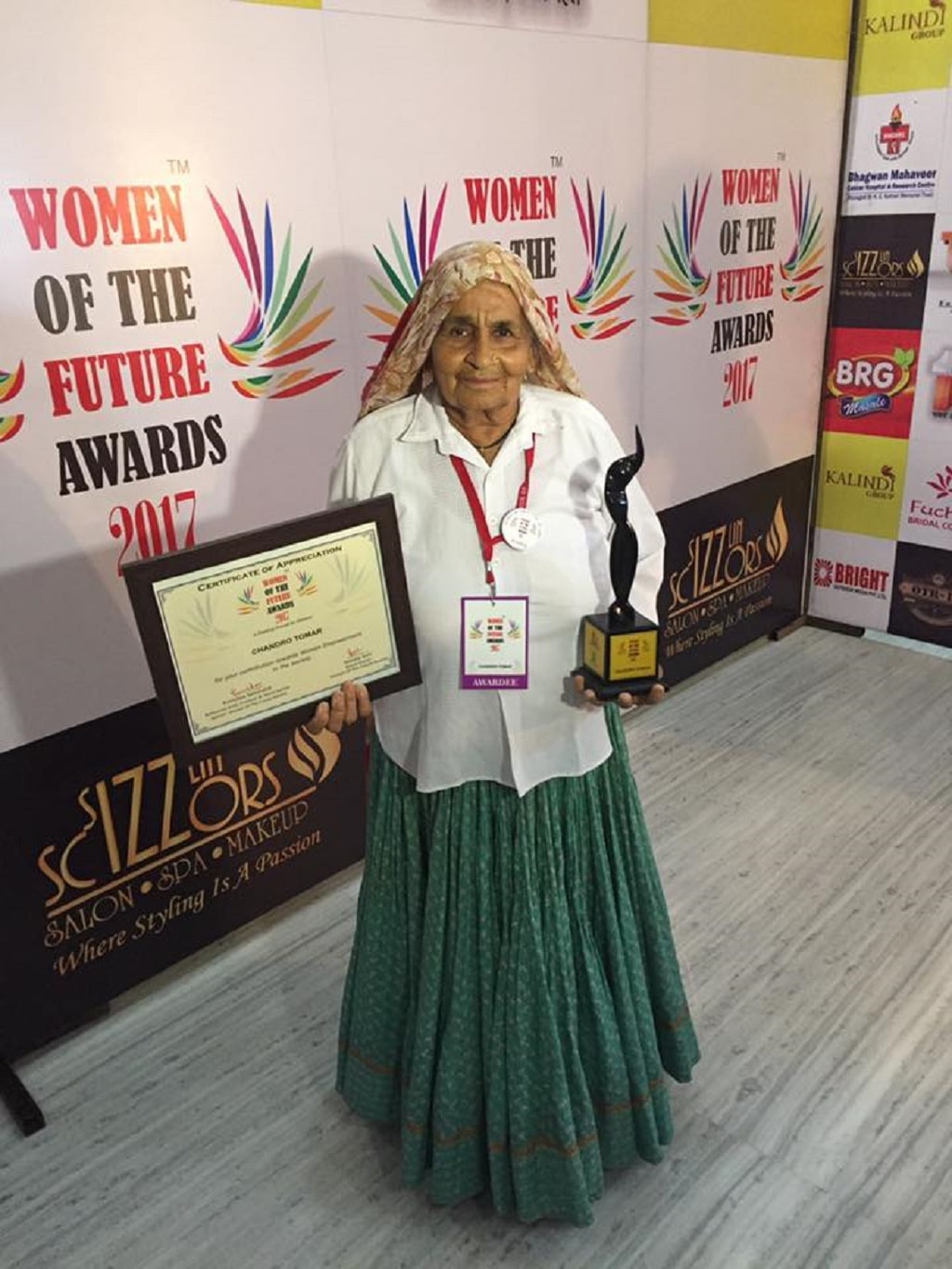 Chandro Tomar received multiple awards for her contribution and achievements.

The shooting came to Tomar out of the blue. Her granddaughter wanted to learn to sharpshoot but was too shy to go alone. Granny Tomar used to go along with her to the local shooting club, the Johri Rifle Club. But little did granny know that her life was about to change!

One day at the club, Tomar just randomly picked up a pistol and fired a shot. Surprisingly, it was a bang-on target! The coach club, Farooq Pathan was astonished by her shooting skills and asked her to join the club. Tomar couldn’t let the opportunity pass her by.  She joined the club and learned shooting skills pretty quickly. Shooting became her passion. During the day, she used to do the household chores and work in the field. In evening, she would go to the range and fire some shots. Sometimes on her farm, she used to practice her aim by throwing stones at water bottles.

“She was so good some of the men stopped turning up altogether to avoid being humiliated by her, an old woman. She has the ultimate skill, a steady hand, and a sharp eye.”

Her determination and passion had made her one of the best (and oldest) sharpshooters in India. She told in 2012, “As soon as I shot my first pistol I was hooked. And now I’ve shown everyone, there are no disadvantages to my age. If you’re focused you can do anything.” Today, she is most proud of the impact she has had on the lives of hundreds and thousands of women in the country. 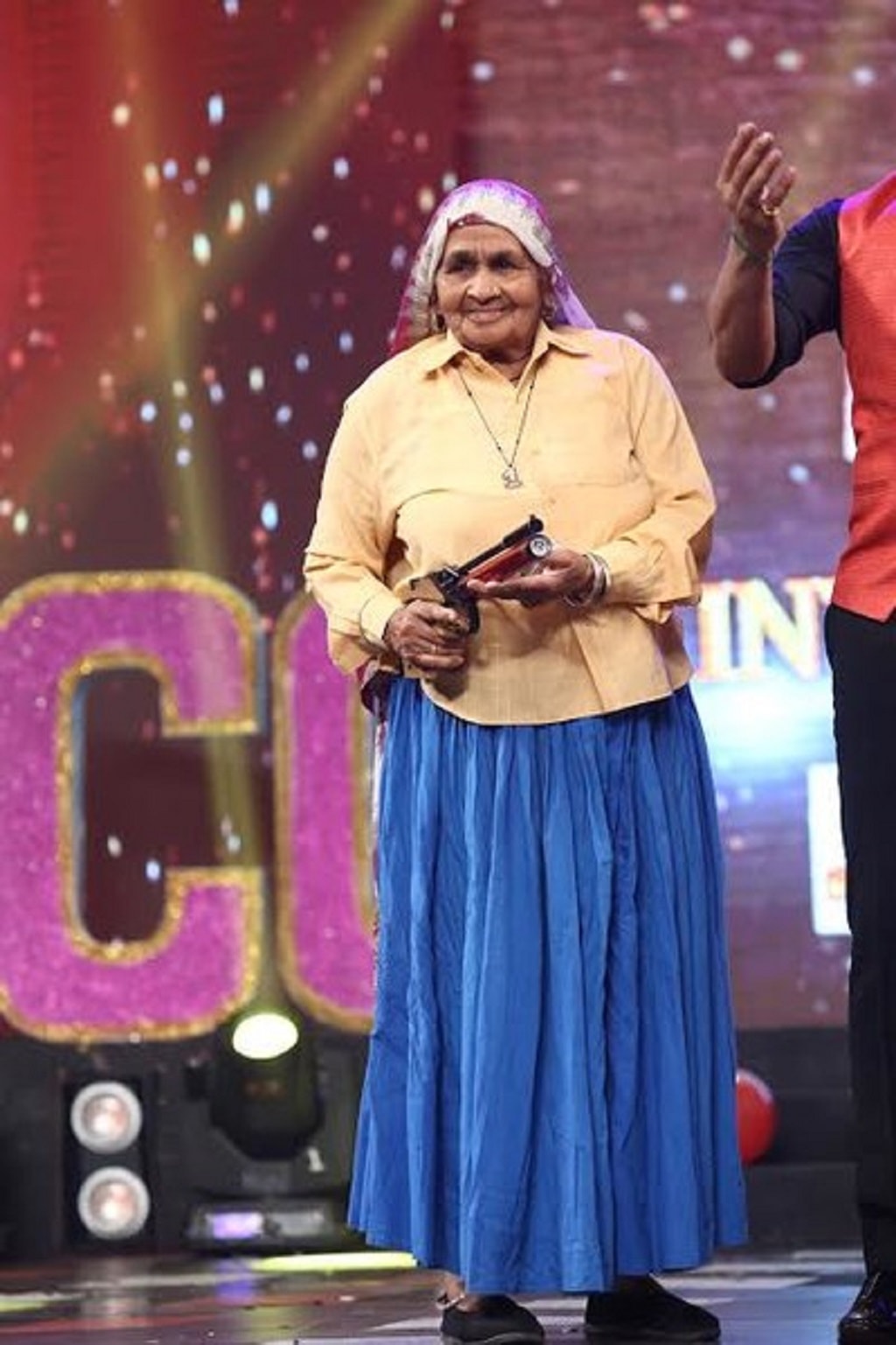 In a male-dominated society like India, where in certain areas (including her village), women are discouraged from going outside, opportunities are limited and moreover, their voices are seldom heard. In this atmosphere, Chandro Tomar’s remarkable feat has brought a new lease of hope for women. In her village alone, over 25 women have come out of their homes to take up shooting as their profession, including her granddaughters. Chandro Tomar’s daughter, Seema was inspired by her to pick up a gun and she became the first Indian woman to win a medal at the Rifle and Pistol World Cup in 2010. Her one of the granddaughters, Neetu Solanki is an international trap shooter. Her sister-in-law, Prakashi Tomar (aged 80) is also a sharpshooter.

‘Shooter granny’ provide training to lots of young women in her community. She has even has set up a firing range in her home. Chandro Tomar told the BBC in 2011,

“When young girls say if Granny can do it, why can’t we? I say to them: work hard and keep your chin up and you will go places.”

Chandro Tomar has never let age get in the way of her passion. She is still very active and fires a volley of shots, all spot-on target. She isn’t stopping anytime soon!